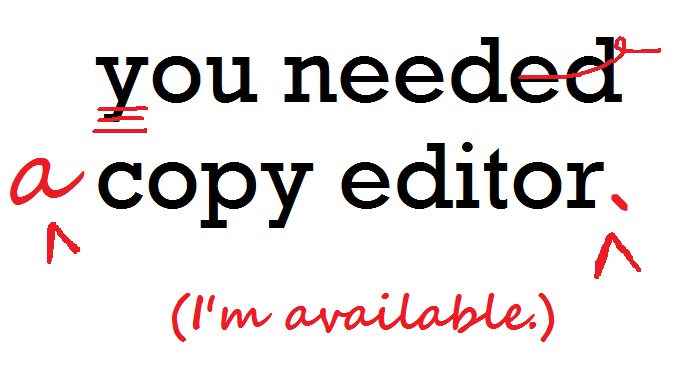 Some newspapers apparently are economizing by eliminating copy editors.

We recently stumbled over one of many examples of the results of this economy: a sportswriter's attempt at creating a coherent sentence.

It read, "The two program's most recent matchup was in November 2016, during Kim Anderson’s final season at MU, when the school’s met at a tournament ..." [Emphasis added, obviously.]

Oh, my.  Someone must have missed the lecture on apostrophes.

[Surely we don't have to tell you the sentence should read, "The two programs' most recent matchup was in November 2016, during Kim Anderson’s final season at MU, when the schools met at a tournament ..."]

We love sportswriters; they make this soooo easy.

Many of them wouldn't understand what's wrong, even if someone were to point the errors out to them.

While we're at it (Grinding teeth!), how about using the "of" in constructions like "the coach attended a couple games"?

For some reason, sports departments -- and some newsrooms -- have decided that this clearly substandard treatment of the word "couple" is a synonym of "few."  Note:  It isn't.  When "couple" is used as a noun, in the sense of "a pair of," the "of" is required.  Even of sportswriters.

Almost equally jarring is the inconsistency with which this "no-of rule" (?) is followed -- often within the same newspaper, and occasionally (but rarely, we admit) in the same article.

Bring back the copy desk! Get a stylebook -- or a couple of them!

The Words Guy uses words frequently ... and has done so for a long time.  He also has conducted extensive research on words. That means, he has stolen the definitions and explanations from many sources and edited them together into Words Guy prose. He hopes he has added enough original material and creativity to avoid The Copyright Cops, because, after all, the mistakes he decries are common, and the best explanations of how to avoid them have similarities.