Lots of folks want their 15 minutes of fame, but, perhaps, not by being embarrassed in front of several million people.

Although he had notes and had practiced, Wilde was sweating and breathless ... and came up with the following:

“Madison, congratulations. As the official sponsor or, uh, the official vehicle of Major League Baseball, Chevrolet is proud to participate in this, uh, prestigious award. Um. Along with our dealers we are also extremely honored to give back to this sport, uh, by supporting baseball in cities and towns across this nation. At Chevrolet we have, um [pause for breath], we have also been proud of the latest and greatest, uh, technology in our truck lineup which is the all-new 2015, uh, Chevy Colorado. Um. It combines class-winning and leading, um, you know, technology and stuff with, uh, Wi-Fi powered by OnStar. It’s sitting there on the screen. To recognize your performance in this 2014 World Series, I proudly present to you your very own set of keys to a brand new 2015, uh, Chevy Colorado.”

Instead of firing Wilde or berating him, surprisingly good-natured Chevy execs not only told Wilde to go out and sell, they actually took advantage of the tongue-trip to quickly produce a full-page ad: 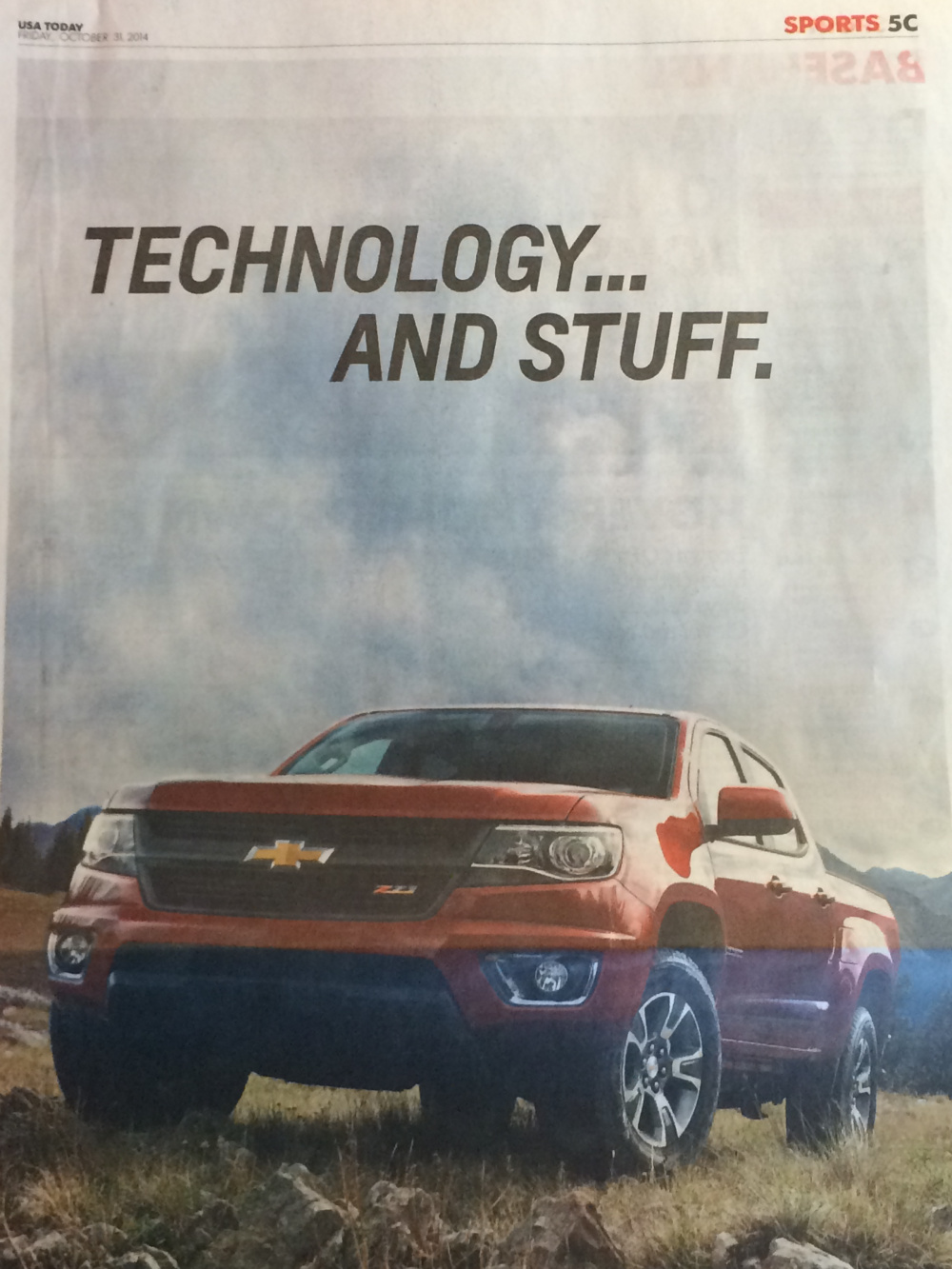 Folks at Bloomberg who know about such things say that, normally, such a presentation would have garnered promotional value worth about $392,000; but Front Row Analytics said the now-widespread and oft-repeated video of the presentation "earned" Chevrolet some $2.4 million in free publicity.  (No, we don't know where they got their figures from, either.)

We'd all love to have bosses or clients who'd overlook our own poor execution and turn it into lemonade (or something like that).

Written by one of our late-night barkeeps who had nothing better to do.